Almost three years ago my team and I pitched what we believed to be an irresistible viral campaign to CompareTheMarket.com. It didn’t unfortunately prove irresistible to them and we were ultimately unsuccessful in getting them to buy into it. As ideas go, it was one of my all-time favourites, having all the components of a modern and integrated campaign. And it would have been a whole heap of fun to execute too. This post is dedicated to those ideas that you think are great but never see the light of day.

So what was the campaign all about?

It was called ‘Operation Invadings’.

Step 1 of the campaign was to have the boss of CompareTheMeerkat.com, Aleksander, declare war on CompareTheMarket.com across all social media channels. Here was the proposed opening gambit:

In addition, a TV ad would show Aleksander and his generals trying to hide their battle plans, etc, and delivering the threat with solid comedic effect.

This message across social media, email and TV would all drive people to the CompareTheMeerkat.com website which would have a countdown to ‘Operation Invadings’ – something like this:

Social media, twitter, email, remarketed display ads and more would regularly remind people of where we were in this countdown, leading to thousands of people wondering what will happen when the countdown hits 0:00. Social media intensifies the countdown messaging as it get closer to ‘Operation Invadings’. People now gather en masse on the CompareTheMeerkat.com website to see the countdown get to 0:00. Aleksander suddenly appears onscreen, breaks through the CompareTheMeerkat.com homepage and walks through, gesturing you and others to follow!

The user is prompted to click on the hole in the wall and follow Aleksander through it. You join some of the meerkats on a Tron-like journey through the proverbial rabbit hole: 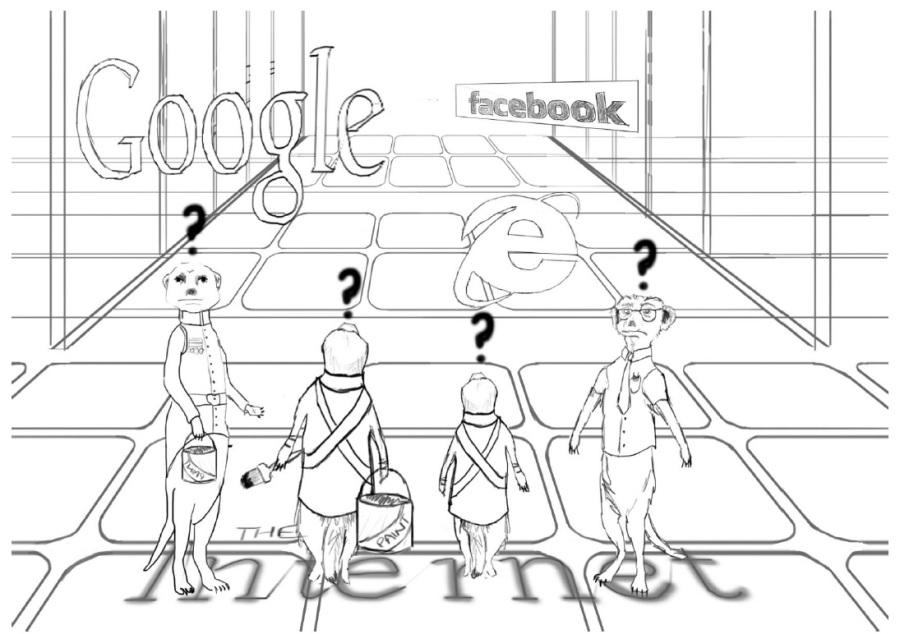 The journey ends at another wall, you break through, climb through to a blinding light, and your perspective now flips 190 to the other side of the wall. A meerkat army is following you through the hole and they proceed to dismantle the CompareTheMarket.com website, destroying the branding, painting over things, and being a general nuisance:

Any users that experienced or will experience the spectacle can be remarketed later with marketing messages, or to continue the story.

After a reasonable time has passed, the story does indeed continue:

A spy in CompareTheMarket.com’s home insurance page appears at the time/date Aleksander had threatened. The spy breaks some plumbing and the page floods  (it’s the home insurance page don’t forget) with the spy enjoying his success with a float around and a Pina Colada: 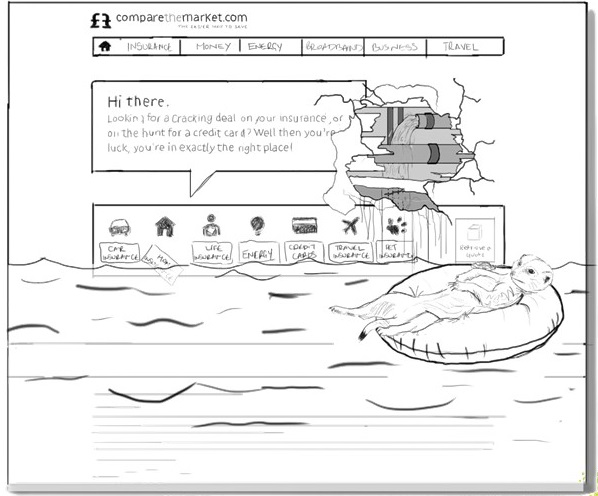 CompareTheMarket.com statistics around how much money the average person can save on home insurance and other such messages float around in the water, and are clickable.

Once completed the user is asked to compare their home insurance or leave their email to be notified when another bit of fun is scheduled.

Same replay button appears when it is all done:

This could be repeated at intervals on the Car Insurance, Gas/Electricity, Credit Cards, etc, etc, with other meerkat ‘sleeper cell’ campaigns.

A mechanism can be put in place to give easy access to replay all the historical spectacles, perhaps with a slide-out player: 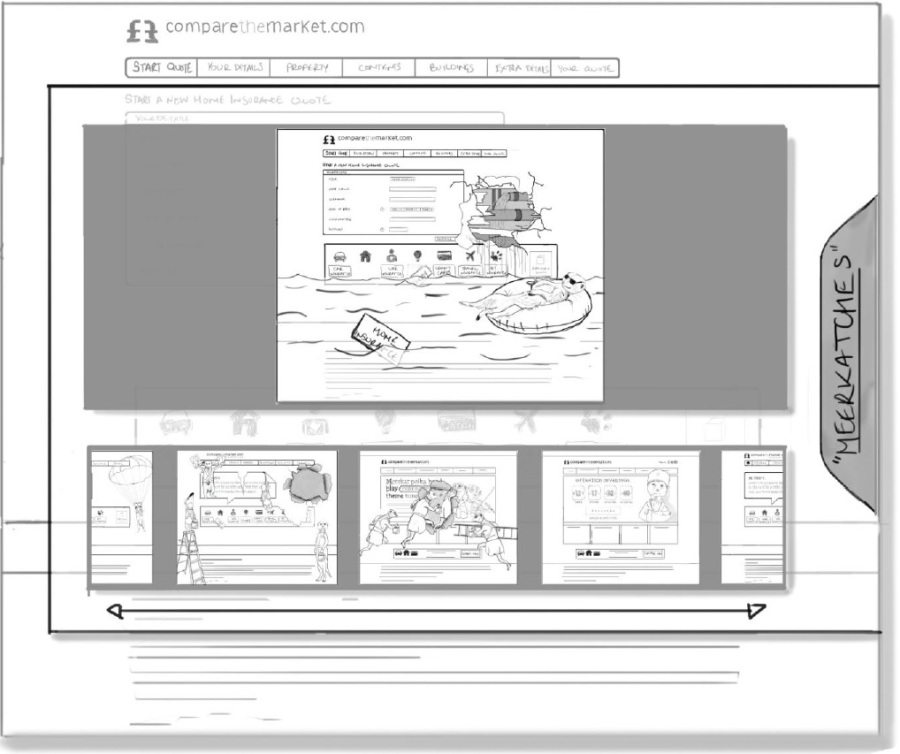 Why was this idea so great?

We just don’t know. Maybe it was too ambitious. Maybe it focussed too much on the meerkats. Maybe it felt like too much hard work. Maybe they liked the idea but didn’t like me and my gang. Maybe it just isn’t such a great idea. We’ll never know. For me, it’s the one that got away. The campaign that I felt ticked all boxes, would be exciting, multi-faceted, and game changing. It would have delivered great ROI too and impacted positively on every channel.

Have you ever had any ideas that you thought were amazing that a client or prospective client just didn’t buy?